Tell us what your response was to being shortlisted?

I was excited to get the production grant that would allow me to pursue this research and work, which I was wanting to explore for a long time in my local context in Odisha, the state in India I come from. I have been living and practicing in New Delhi for the last 15 years, and looking for support that would allow me to dig deeper into Odisha’s cultural, ecological and technological scene. The scope, processes, and longevity of this project and grant gives me that chance. I’m thrilled to be on this journey.

May we ask you to tell us about your critical interest in how algorithmic networking, digitalization, data mining, accumulation, access, and dissemination shapes public perception and opinion about natural calamities, especially among marginal communities; and how does this inform your practice?

In a broader sense, my interest lies in how new technologies mediate information or knowledge. There is no absolute truth or nature in the present as we used to believe earlier. The so-called ‘mother nature’ itself is mediatized. In the post-digital, post-truth era, representation alters the real.In the context of communication technology, such as radio, internet, social media and mobile phones, etc., it not only provides the ease to create an image/story but helps to circulate critical information instantly. This rapid spread of information also helps to change opinions and perceptions greatly. We create our individual unique worlds which of course are governed by algorithms and networks.

n the context of environmental crisis, generally speaking, people in Odisha have been used to religious texts as a source to grasp natural calamity. Now with communication mediums and technology, people are significantly informed. They understand that a “natural calamity” is no more natural. Every natural disaster is in some way man-made or has footprint of human intervention. This realization is emancipating many marginal communities, who are now able to raise their voice. New technology is helping their amplifying unique voices. People in remote areas are now familiar with terms like ‘global warming’ and ‘ecology’. For instance, most fishermen communities in Odisha are conscious of their geopolitical locations, hat in most cases their proximity to the river and water diversion interferences by authorities are one of the causes of land erosion near sea and loss of life, homes and livelihoods. They are questioning, amplifying and asking for solutions from the Government.
Ramayapatnam village near Odisha and Andra Pradesh border is a current hotspot of rapid erosion caused by the expanding sea. It is one of the sites in my project. Another example is the ‘2018 Kerala floods’ where social media played an important role in gathering and circulating information, solidarity, and support.

In Odisha when a cyclone comes and roots out trees, towers, electricity poles, wires, and causes blackouts for not days but months on end in the remotest areas, it is a different story. I’m interested in this polarity. On one level we say post-internet post-digital era, and at the same time there is no electricity. And there is no contact. My concern comes from this irony.

And would you elaborate on how you see digital graphics, special effects, tagging, and tracing as “manufacturing a new common aesthetic and affecting the ‘solidarity’ debate around ecological issues”?

In India, social strata or class, caste, and religion prominently control the common aesthetic sensibilities. Social hierarchies and geopolitics influence how culture plays out in the public domain. Communities and friendships are built according to one’s reserved associations or social background.

On one side this layering makes the culture diverse and provocative, but on the other side creates stereotypical conservative radical groups. New technology apps and devices neutralize some of these intensities. The young generation uses technology to project their aspirations, dreams, and doubts on social media. That’s why Apps like TikTok become so popular and cause a humongous class divide and uproar in the third world, making an entirely earlier invisible population visible with their own content and voice. The politics of ‘entertainment’ changes hugely with that. People fight for this sense of freedom and expression.

In the recent past, we have seen how solidarity communities emerge instantly when there are issues related to socio-political dysfunctionality of governments or climate crisis globally. People feel connected across time and geography. At the same time there is a huge crackdown from local governments to suppress, erase, delete, ban certain hashtags, tagging, ‘toolkits’, memes, posts, and I say this particularly in relation to the last two year’s crackdown by the Indian government on many such solidarity raising communities doing essential urgent work during the pandemic. In India, we are witnessing a massive wave of government-supported mediatized and bot-enabled propaganda work versus pro-public solidarity groups.

What excites me between the two is the slippage. There is a lot that finds its way through despite restrictions. When the glacier burst in Uttarakhand’s Chamoli district on February 7, 2021 in the form of an avalanche and deluge, there were stories of villagers finding refuge in nearby forests and being afraid to come to their village. In the beginning what people believed was a natural disaster, came out to be a man-made one. The media images were heart wrenching but immediately affected solidarity debate around what we think or perceive as natural is not natural, but man-made. 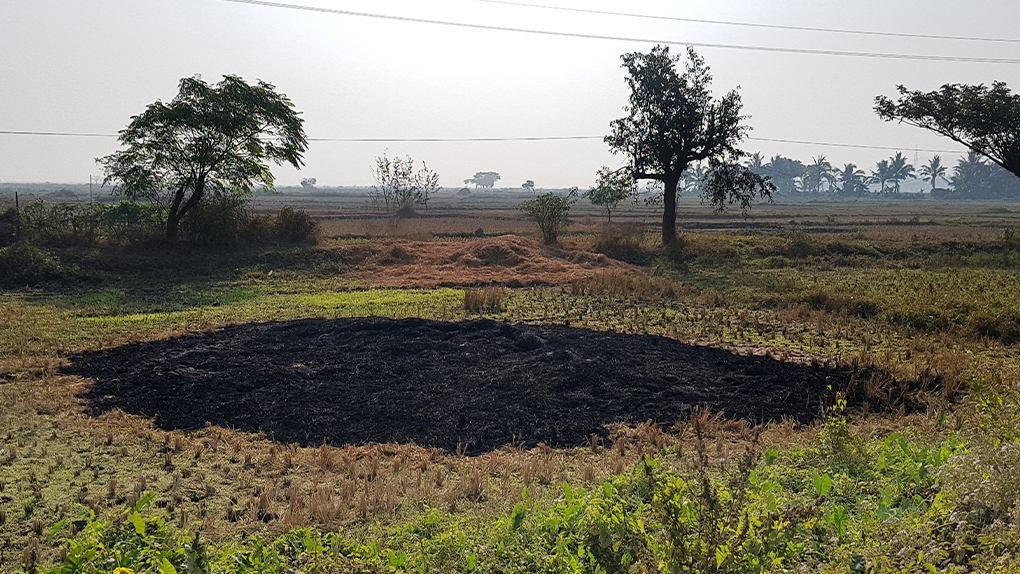 Paribartana Mohanty (b. 1982, Orissa, India) is a New Delhi artist who trained in painting and works in video. He has been the subject of recent solo exhibitions, including Trees are Stranger Than Alien in the Movies (2018) and Kino is the Name of a Forest (2012), both Vadehra Art Gallery, New Delhi, India, and has been included in numerous group exhibitions and film festivals. Mohanty has also been the recipient of many residencies, scholarships, fellowships, awards and workshops, including an Emerging Artist Award, Foundation of Indian Contemporary Art, New Delhi (2010); a Skowhegan Artist Residency, Skowhegan School Of Painting & Sculpture, New York. USA (2016); and an Onassis Artist in Residency, Onassis Foundation, Athens (2019). He earned his B.A. at Dhauli College of Art and Craft, Odisha, India in 2004 and his M.A. at the National Museum Institute, New Delhi, India in 2006.